Some fragrances are no longer just fragrances but have become legends over time. Chanel N ° 5 is a perfect example of this phenomenon. Designed in 1921, it is still one of the best-selling perfumes in the world today. Its exceptional longevity is matched only by its refinement. Today, for the very first time, Chanel has decided to reinterpret its iconic bottle. Thus appeared the limited edition Chanel No. 5 Red Edition. Get ready to welcome them, starting November 1, 2018!
Let’s start by plunging ourselves back into the history of the iconic Chanel N°5. When Gabrielle Chanel made this perfume, her ambition was to “create an inimitable fragrance, a fragrance like we’ve never done before, a woman’s perfume, with the smell of a woman”. If one believes the destiny of its essence, it is clear that the bet has been brilliantly won. Until then, perfumes were merely photographs of nature. They were not yet interested in the personality of women. Gabrielle Chanel revolutionized perfumery. She made an artificial perfume, that is to say sewn from scratch, thinking of the characters and desires of the women of her time. Chanel N°5 knew how to evolve over the years. This floral and aldehyde scent has also been reinterpreted several times. It became a Eau de Toilette in 1924, a Eau de Cologne in 1954, a Eau de Parfum in 1988, an Eau Première in 2009 and N°5 L’Eau in 2016. Today, these are three of these perfumes that offer a brand new bottle.

Chanel has chosen to reinterpret its iconic clear glass bottle, originally designed by Gabrielle Chanel herself. If its silhouette remains unchanged, this bottle now has a brand new color: a flamboyant red.

This change, however, concerns only the versions Eau de Parfum, Parfum and N°5 L’Eau de Chanel. Thus, “N°5 reveals another facet of the female archetype of perfume”. Originally designed in 1922, the bottle of Chanel No. 5 was then adapted in 1924, until becoming the rectangular and luxurious bottle that we know today. Moreover, it is considered one of the greatest symbols of perfumery of the 20th and 21st century. Chanel has chosen to red this time in red to symbolize all the visionary spirit of Chanel. Chanel explains that red is “the color of life, the color of blood”. 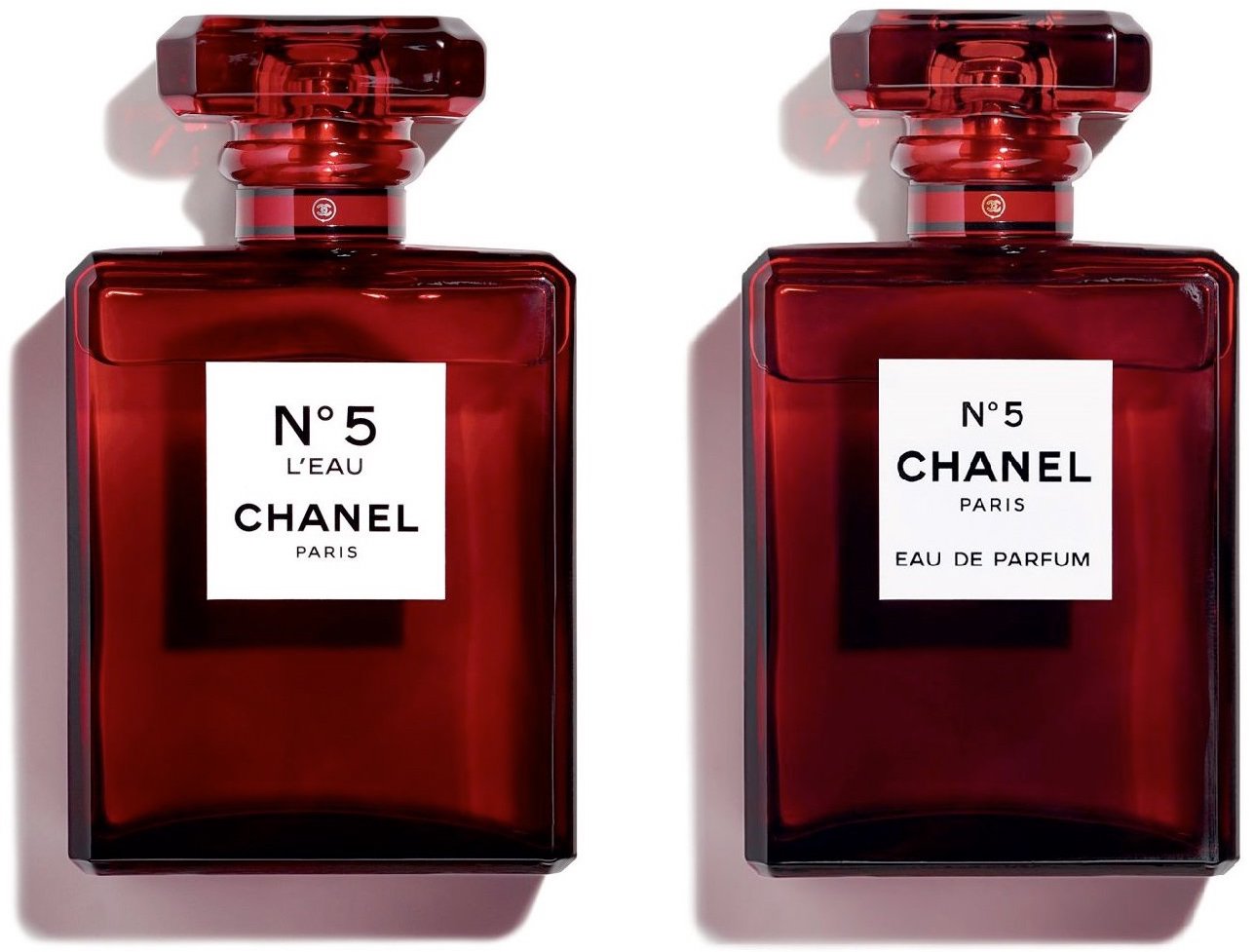 Through this nuance, Chanel also wishes to wink at all femininity. It is a question of echoing the costume of Carole Bouquet, the dress of Nicole Kidman on the red carpet, a high-fashion dress worn by Gisele Bundchen, or the film Little Red Riding Hood by Luc Besson. Much more than just a random color, the Chanel N°5 Red Editions are true symbols of feminine power.

The Only One 2 Dolce & Gabbana Eau de Parfum

Zadig & Voltaire Girls Can Do Anything

Dolce & Gabbana The Only One

Wrap yourself with the new Surreal Sky fragrance from Avon

Boss The Scent Private Accord For Him And Her

Cartier Carat From The House Of Cartier

Avon Luminata: Unique and elegant fragrance that reveals the real shine of every woman

Dolce&Gabbana The One Grey

The new Ariana Grande fragrance will be launched this fall

Avon Far Away Rebel for the naughty and courageous woman

Juicy Couture Oui Fragrance: For The Lady With A Refined Taste

V for Victory by Avon

Far Away Soleil … dream of an endless summer

Azzaro Wanted By Night for the Daring, Extraordinary Man!

Experience Freshness with Valentino Donna Rosa Verde As Never Before!

Tom Ford Eau de Soleil Blanc would not disappoint you on any count!

1881 Essentiel, a new fragrance for men from Cerruti

The All New Provocative Narciso Rouge Perfume by Narciso Rodriguez

Nidor – perfumes from the heart of Scotland

Yes I Am of Cacharel – when the lipstick becomes a perfume

What Your Fragrance says about You…

My Everything – two new Avon fragrances

Avon Free – the fragrance for a unique generation

“Dio(r)evolution” sunglasses from the Summer 2017

A moment of joy with Avon Viva La Vita

Enter the world of Daisy Kiss by Marc Jacobs

What smells in your perfume? How to choose them for the occasion?

How a smell creates Your image?